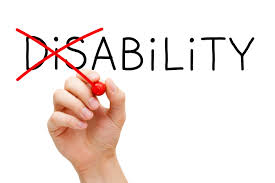 I’m sure later in life, I’ll be one of the most grumpiest old men to ever grace the planet. I strongly suspect I’m well on my way already! I’m finding the older I become, the more difficult it is to find enjoyment. I’m only happy when I have a project to work on. And then I’ll kick and scream when my project isn’t going to plan! (Stand by for plenty of kicking and screaming the next 6 years while I complete my masters). I become so focus on achieving my next goal, anything that doesn’t contribute to me achieving my goal is a source of frustration, and I look to discard it as quickly as possible. Yet, no matter how much I’ve achieved, no matter how many projects I’ve completed, there’s an unceasing compulsion to move on to the next goal, and start the next project. As though the next achievement will give me the lasting affirmation I crave… yet never does. From a secular viewpoint, such a goal driven life is virtuous. Yet, surely this is a recipe for just making grumpy old men – and indeed, women! Is there a Christian ministry that can respond to this?

I was having dinner with friends when I was served by a most unlikely minister – their son, Oliver. Oliver is a teenage boy with autism and has an intellectual disability. Neither does Oliver have any verbal language – so, who knows how deep the cognitive difficulties run? These sorts of disabilities are often viewed as a personal tragedy, and something to be pitied. Tragic, because the person doesn’t have goals we would readily recognise, or have the means to achieve them. But could there be wisdom in not having such goals?

While talking to my friends (my ministry to them), Oliver wanted to watch an animated show about a mouse ballerina (the beginning of his ministry to me). When the show started, Oliver became terribly excited, and started jumping all about the living area. Now, let’s get this straight: watching an animated show about a mouse ballerina does not fit the alpha-male, goal-oriented agenda! I mean, this is not the kind of thing that gets a Master’s thesis written. And I was glad this was going on in the background, so I didn’t need to watch it. Usually I find this sort of thing very awkward. Nonetheless, on this occasion I found myself smiling. Not because I found I had a sudden interest in animated mouse ballerinas, but because I could see the joy Oliver found in this show. Oliver found joy where I can’t! He didn’t care what other people thought. He wasn’t embarrassed. Oliver wasn’t storing up earthly treasure (Matthew 6:19). He is content to find joy in what he has.

However, Oliver’s ministry was more than this. Even though Oliver has no verbal language, and finds relating difficult, he still made eye contact with me. That’s more acknowledgement that I get from some people without any form of disability! Oliver didn’t care about the fact I had a disability, or a speech impairment. He didn’t change his behaviour because of my presence, or feel uncomfortable. I was just another person in the room. The Bible talks about not regarding anyone from a worldly point of view on the basis of the gospel (2 Corinthians 5:16) – a worldly point of view that boasts about outward appearances (v12). Whatever motivates Oliver’s reception of people, he’s certainly not concerned with outward appearances.

In many ways, Oliver personifies the Bibles definition of love:

This is Oliver in many ways. Oliver is patient and kind, he doesn’t envy or boast, he doesn’t insist on his own way, he’s not arrogant or rude, he doesn’t rejoice at wrongdoing, he bears and endures all things.

Again, the Bible list the evidences of the work of the Holy Spirit in a person’s life as, “… love, joy, peace, patience, kindness, goodness, faithfulness, gentleness, and self-control…” (Galatians 5:22-23). Many of these are evident in Oliver’s life.

Or again, the Bible instructs Christians, “Let all bitterness and wrath and anger and clamour and slander be put away from you, along with all malice. Be kind to one another, tender-hearted, forgiving one another, as God in Christ forgave you. Therefore be imitators of God, as beloved children.” (Ephesians 4:31–5:1). This is exemplified in Oliver’s life.

We hear these verses being talked about from the pulpit, and we discuss them in our Bible studies, and we think, “yes, yes”, and say our “amens” recognising the wisdom in the verses. But how many of us put arms and legs, feet and hands, ears and mouths, eyes and minds on that wisdom, and actually do it? This is the very reason why Jesus came and died for us. That in the act of dying, he paid the penalty of death for our sin, though he had no sin himself (2 Corinthians 5:21). Now with the penalty of sin removed, so has the power of sin (1 Corinthians 15:56-58). We are no longer constrained by sin. We are no longer bound to live a life that’s self-centred, always seeking affirmation from one thing to the next. Instead, we are free to live the resurrection life that Jesus has secured for us by being raised from the dead himself. We are free to enjoy God’s blessings, and not trying to earn our blessings by the standards of the world. We are free to pursue God’s standards for living rather than the world’s standards. As the Bible tells us, “Do not be conformed to this world, but be transformed by the renewal of your mind, that by testing you may discern what is the will of God, what is good and acceptable and perfect.” (Romans 12:2)

and again “As obedient children, do not be conformed to the passions of your former ignorance, but as he who called you is holy, you also be holy in all your conduct, since it is written, “You shall be holy, for I am holy.”” (1 Peter 1:14–16)

But here’s the thing, and where Oliver’s ministry lies: Maybe one of the reasons we don’t put such wisdom into practice and live such a life is because we don’t know what it looks like. We talk about leaving behind worldly standards and embracing the ways of God. But do we understand how it applies day to day? It seems to me its ministers like Oliver who can show us what Godly wisdom and resurrection life looks like.

What I propose is we need ministers like Oliver in our churches to demonstrate what this wisdom and resurrection life looks like. Not from the pulpit. Not from academic pursuits. But from Oliver being Oliver and exemplifying what the Bible instructs all of us. Is it really any wonder that the Bible values weakness when it says, “On the contrary, the parts of the body that seem to be weaker are indispensable…” (1 Corinthians 12:22)? The weaker members being those without social status, and are unimpressive in terms of the world. Because these are the people who aren’t caught up with worldly so-called ‘virtues’.

BUT, if our churches are going to have ministers like Oliver, they need to be accessible. People need to be willing to accept people like Oliver, and include him in the life of the church. This will mean denying our pet projects, and entering into Oliver’s space, getting to know Oliver, communicating and demonstrating the gospel to Oliver in ways that engages his world, and above all, allowing Oliver to minister to you and others.

Perhaps the real personal tragedy is when we become so fixed on our goals and projects, we no longer value people like Oliver. Now that’s a tragedy to be pitied and ashamed of! I need Oliver in my church. Perhaps then, I would not only know the gospel intellectually, but I would also know the gospel lived, and there would be less chance of me becoming a grumpy old man.