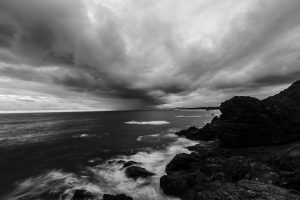 For some, the decisions are made easier by the tighter restrictions coming in. A business may no longer be able to operate within the restrictions and therefore has to close. But the subsequent decision to retrench staff or to reduce the number of shifts offered to casuals, while logical, are not easy. For others, the decision is made by someone else but they have to enact it whether they entirely agree with it or not. For others, the decisions will have to be guided by a complex set of ethics and will result in not loss of income but potentially loss of life.

I am not seeking to delve deeply into how those decisions are made, but to make a plea for compassion. I see more and more each day Christians who have strong opinions expressing them on social media and in other contexts. “They should have thought about…” “Wouldn’t you think they could…” “It’s ridiculous that they are not…” “Can’t we change the wording of that public health announcement…” and the like. It’s easy these days to have both an opinion and a platform to share it. But right now (and at other times but now in particular) it’s important to think about what opinions you are sharing and why. Because often you are sharing an opinion about a decision that someone has made at great cost.

I’d like to make a plea for compassion for our leadership – whether it is in our church, our government, our workplace, our community or our family. Making decisions in this current environment is complex, difficult and in some circumstances involves life and death. Sure, there are sometimes decisions made by leadership that need to be called out and that demand an uprising, but I’m yet to see anything like that in our current situation here in Australia. What I see is people trying to do their best with what they have – and that goes for government right through to my local veggie shop.

Rather than spending your time finding fault ask yourself if what you are about to say or post online is kind, necessary and true. And please, please pray. Pray for those in leadership to have wisdom. Pray that they would be sustained as they continue to have to make huge decisions day in and day out. Pray that they would turn to God for their comfort. Pray that you can comfort and support them.

We live in an age where it is easy to complain, easy to criticise, easy to pull down and not build up. Is that who we should be? I don’t think so.