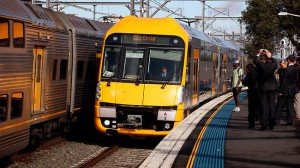 We’re looking at the question when we help someone with a disability, how do we know when our help is appreciated? There are several factors that need to be taken into consideration – some to do with the person with the disability, and some to do with the helper. In the first half of this series, we focussed on the person with a disability. We saw how a person’s outlook can changed with age; the way different spaces have different values for a person; and how the right procedure can mean the difference between possibility and impossibility.

In the second half of the series, we’ll focus on the helper and the factors in relation to the helper that may influence whether or not the help offered is appreciated. This time, we’re looking at competencies.

Think of your own situation. What do you get help with? Car servicing, computer repairs, home maintenance among other things. For these situations, you want someone who’s competent, and can be trusted. No doubt if you find someone who does a good job, you’ll want to have them do the job each time because you can see they know what they’re doing, and you can trust them to do the right thing.

It’s the same for people with disabilities. This doesn’t mean you need to have the right academic qualifications before you can help someone with a disability. But it does mean help may be refused if there’s some doubt over the helper’s competency (even if they’re qualified!). Especially when it involves safety.

One time I was visiting a school for children with disabilities to show my trike to the kids. After it was all over, one of the staff members decided to put my trike back in my truck. They at least had it around the right way, so points for that! But the way they were going about it, parts of my trike were about to go into places where they just shouldn’t go! So I demanded that they stop, put the trike down, and let me put it in. At which point, I got into trouble for being ‘fearlessly independent’. So I thought, “Ok, next time, I’ll just stand here like an idiot, and watch the person risk doing a severe injury to themselves.” They hadn’t understood that the refusal of help was for their safety!

Another time, I was traveling to college. Alighting the train at Burwood, I lost my balance and was sprawled out on the platform. Mainly because people in Sydney have this belief they can board a crowded train while others are alighting simultaneously. It doesn’t work! Anyway. This little old Greek woman starts calling out, “Help the boy! Help the boy!” I’m laying there thinking, “Lady, I could father your grandkids. Don’t call me ‘boy’!” To be fair, she was probably in shock, and maybe her English wasn’t that great. So, half a dozen hands grabbed me, and I seemed to be being pulled in every direction except up! Now, I kind of like the idea of leaving my limbs attached to the rest of my body. I had already endured some pain when I made contact with the ground, so I wasn’t interested in enduring any more pain. After all, the older you become, the further away the ground becomes, and the more it hurts when you make sudden contact with it. So I start calling out, “Let go!” People were slow to respond to this humble request. So, I’m thinking, “Let go, or I shall have to hurt you…” (a line from a favourite childhood cartoon). Most people let go. Some didn’t quite grasp the concept of ‘letting go’ and still had a firm hold of my right arm while I push myself up with the other. Encumbered, I got to my feet, thanked the people, and moved on. Sometimes, a refusal of help might be for my safety.

During a recent trip to New Zealand, I went on a guided tour to see a glacier. We got to the point where we needed to scramble up this embankment to see the glacier. When I signed up, I was assured the guide could help me up the track. When I saw the embankment, I knew this was going to be extremely difficult. I asked the guide if he was sure he was up for the challenge. He said he was. He was good! I told him what the procedure was for getting me across difficult terrain, and he did exactly what I said. So we started, and less then 10 steps up the embankment I said, “Nah. That’s not gonna work!” So he helped me back down – relieved, I suspect! Sometimes, a refusal of help may be for the safety of both of us!

Competency matters! As well meaning as you may be, not knowing what you’re doing can result in serious injury to yourself or the person you’re trying to help. Someone refusing your help may not be anything personal. It could be out of a serious concern for safety. As with procedures, ask what needs to happen if you’re unsure.