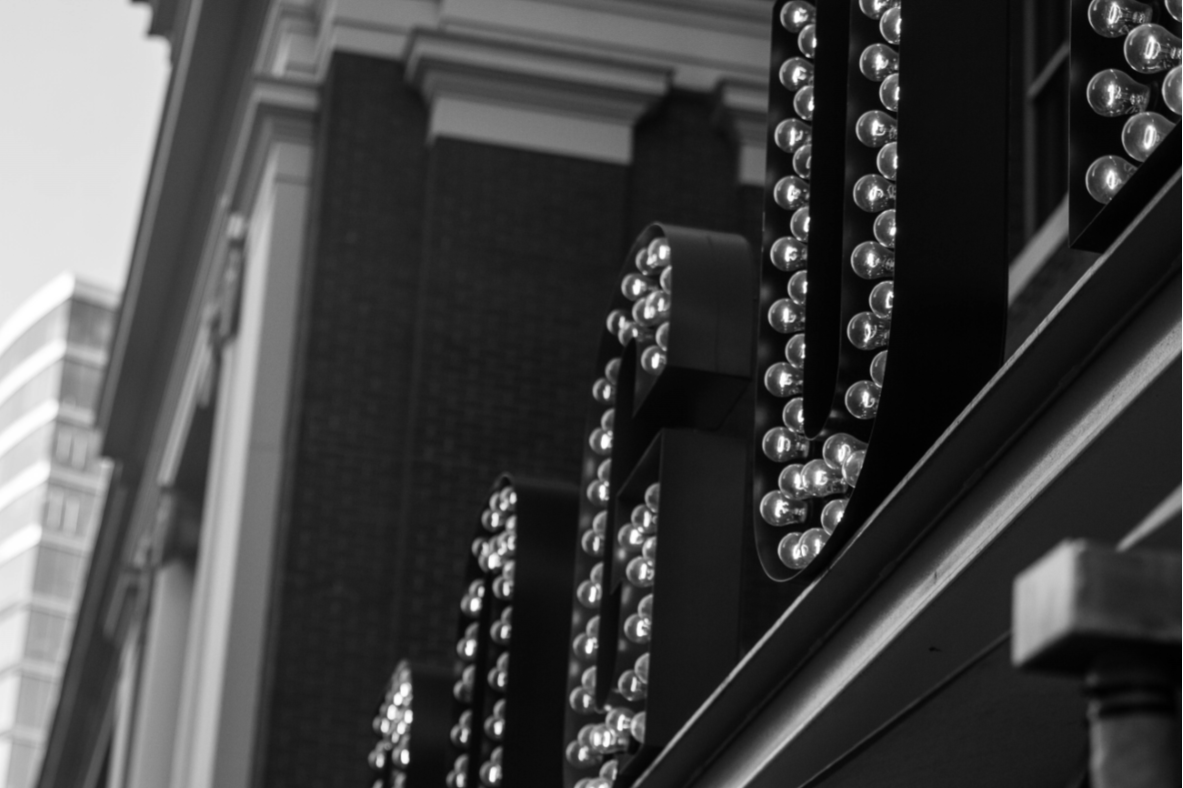 The film Me Before You follows the romantic, and sometimes comical, tale between two characters – a naive 26 year old Louisa Clark, and a previously outgoing adrenaline junkie and highly self-sufficient 35 year old Will Traynor. Will acquires quadriplegia from being hit by a motorcycle in the opening scenes of the film.

The film was released on 3rd June 2016 amidst a flurry of controversy. There was backlash from the disability rights movement over concerns that the film portrayed disability as a burden, and that people with disabilities were better off dead. Protests were staged in several cities in the US. In Australia, people were urged to turn up at cinemas to protest an hour before screenings of the film (See SMH article here). There were even calls for boycotts from disability advocates and anti-euthanasia groups.

Well, if you ever want to draw attention to something, or boost its publicity, call for a boycott! Usually, I’m not interested in chick-flicks. But because I’m not one to be told what to think, naturally I wanted to see it and work out what all the controversy was about. Unfortunately, I never got to the cinema. But, now that it’s available on Netflix, I have watched it, and it is certainly worth commenting on. I have to admit though, for once I wish I had just listened to what I was told to think. But before we get into that, there was some really good things about the film. I also must confess, for the first 90 minutes of the film, I was struggling see what all the controversy was about.

Spoiler alert: To understand the controversy, the story and the ending needs to be discussed.

The film accurately portrays the frustration of having a profound disability and the impact it can have on one’s personality. It also portrays how confronting disability can be for others. Louisa, with no experience in disability work at all, is plunged into a world of quadriplegia with routines, medical interventions, logistics, and general inability. The relationship begins with Will constantly rejecting Louisa and her efforts to take care of him out of frustration, and Louisa thinking she knows what’s best and constantly getting it wrong. As the relationship progresses, Louisa begins to understand Will’s greatest need is companionship and begins getting a few things right, and Will begins to learn it is possible to enjoy life with quadriplegia. I was really pleased to see a movie portraying naivety, frustration and difficulty being overcome in a mutually affirming relationship. Surely this reflects the biblical view of a personal relationship. At this point, I would’ve been happy to see the classic Cinderella story – they met, fell in love, got married, and lived happy ever after. As an alpha-male, this would be the kind of chick-flick I could cope with – perhaps even enjoy!

However, under this entertaining romantic mismatch there’s a darker subplot. Will has made a deal with his parents, who are also caring for him. The deal is they have 6 months to convince him to keep living, otherwise, he will continue with his plans for an assisted suicide. The hope of his parents is that the young Louisa would persuade him from his plans. Louisa discovers the plan, and commits herself to persuade Will. For all intents and purposes, it would appear she has persuaded him, and her emotional attachment increases. But it’s all to no avail. Will continues on with his plan and dies in the film. They key reasons for his decision is the daily pain and indignity he experiences having quadriplegia, and even if he did marry Louisa, he would be frustrated looking on her, but never able to be intimate with her. Perhaps more disturbingly, assisted suicide is not only portrayed as acceptable, but even as a noble and right thing to do. The film ends with Will bequeathing Louisa a sum of money so she could be free (which presumably means self-realisation), and to “live well”.

There are a number of problems with this sort of thinking:

Firstly, behind this kind of thinking is the notion that suffering is futile. When people think all there is to life is what we have now, it really doesn’t come much of surprise. Such was the thinking in the church at Corinth, “If the dead are not raised, “Let us eat and drink, for tomorrow we die.” (1 Corinthians 15:32). However, we as Christians know this is false. Christ has indeed been risen, and there is more to life than what we have here and now. Paul saw his suffering as a means of experiencing and proclaiming God’s grace (2 Corinthians 11:16 – 12:10). Suffering is a means of producing endurance, which produces character, which produces hope (Romans 5:3-4). Indeed, Christ life was to be defined by suffering (Matthew 16:21; 17:12; Mark 8:31; 9:12; Luke 9:22; 17:25; 22:15; 24:26, 46). Jesus life wasn’t futile. Rather, through his suffering God’s salvation for humanity was revealed. Suffering is not futile.

Secondly, this film cheapens life. From the message of the movie, I couldn’t help feel that because my body doesn’t work properly, I don’t have as much claim to life who does have a body that works properly; that the things I have achieved somehow don’t matter. But the film doesn’t only cheapens the lives of people with disabilities. The film cheapens everyone’s lives. The fact is, if we live long enough, we will lose some of our ability. We all will experience suffering at some point in our lives. But that doesn’t mean life becomes without value. We are so much more than pleasure seeking, money making, sex lusting robots. This is why as pleasing as these things are, they leave us strangely unsatisfied, and their increase does not quell our yearning. The author of Ecclesiastes writes,

Ecclesiastes 2:10–11 “And whatever my eyes desired I did not keep from them. I kept my heart from no pleasure, for my heart found pleasure in all my toil, and this was my reward for all my toil. Then I considered all that my hands had done and the toil I had expended in doing it, and behold, all was vanity and a striving after wind, and there was nothing to be gained under the sun.”

Instead he concludes, “The end of the matter; all has been heard. Fear God and keep his commandments, for this is the whole duty of man.” (Ecclesiastes 12:13). In other words, we are creatures in relationship with God our creator. This is the highest state of being in all creation. The fact of suffering or inability does not diminish this glorious vocation we all have.

Thirdly, the film overlooks the fact we are all idolaters. But more than this, we are pessimistic idolaters. We are so quick to recognise what we don’t have, and so blind to what we do have. It is very easy to turn any unfulfilled desire into a reason to not persevere – whether its relationship difficulties, unfulfilled ambitions, an unattainable self-image, etc. To do so is to ignore the blessings we do have. None of this is to deny that quadriplegia is very difficult to live with, and my hope of a Cinderella ending would have been just as inappropriate. The difficulties of quadriplegia should not be overlooked or trivialised. For the character Will Traynor, it would have been a massive adjustment to go from a life of radical independence to a life of utter dependence. However, to make quadriplegia more than what it is – as an end to a meaningful life – is to be blind to what we have. It’s all the more shocking that Jojo Moyes, the author of the book, didn’t even meet with people who have quadriplegia to gain their perspective on a very is what personal issue (See interview here) .

If there is any redeeming feature to the book, it’s this: It places the issue of severe disability in the public consciousness. People with disabilities are people with concerns, interests, and ambitions the same as everyone else. It’s just that those concerns, interests and ambitions differ from time to time. This is what is often misunderstood by the wider community. As much as people who are prone to suicide are in need of compassion, it is a tragedy that the issue of profound disability has been raised in the discourse (indeed, a celebration!) of assisted suicide.

As Christian, the goal in life is not to live well, but to die well. By ‘dying well’, I certainly do not mean to commit to assisted suicide while one is still make the decision and go through with it. Instead I refer to Christ’s words:

“Then Jesus told his disciples, “If anyone would come after me, let him deny himself and take up his cross and follow me. For whoever would save his life will lose it, but whoever loses his life for my sake will find it. For what will it profit a man if he gains the whole world and forfeits his soul? Or what shall a man give in return for his soul? For the Son of Man is going to come with his angels in the glory of his Father, and then he will repay each person according to what he has done.” (Matthew 16:24–27)

Here, Jesus is talking about denying oneself the riches of this world for the riches of heaven. ‘Taking up one’s cross’ has become something of a cliché in modern times. However, at the time of Jesus, the cross was the ultimate symbol of scandal and shame. Crucifixion brought no honour to the victim. Yet, it is this honour-lacking life that Jesus calls his followers to take up. It is to die to one’s self for the sake of God’s glory. A fully functioning body, money, and lots of sex is not required for that.

Was the controversy and outrage surrounding this film justified? Absolutely! At every point, human life must be seen as precious no matter what form hit comes in. Any notion that a life with disability is somehow worth less than life without disability, and that the voluntary proactive ending of human life out of concerns of quality of life must be guarded against at all cost.