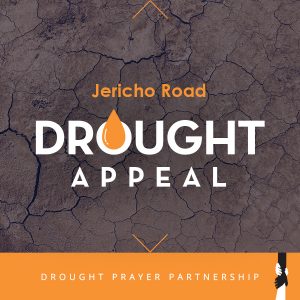 Will you join us in prayer this Sunday 5th August?

Our brothers and sisters in Gunnedah will be joining together in the Community Centre (Smithurst Theatre) at 4pm on Sunday 5th August to pray for rain. Will you and your congregation join with them in prayer at your services on Sunday?

What’s happening because of the drought in Gunnedah? Lyle Sims paints the picture for us.

Many stock owners here have been selling anything that looks better than just thin, and the Gunnedah Sale Yards has seen sales of 3,000 to 4,000 head of cattle each week when normally it would only be around 1,800. People are trying to keep alive a core herd that they might breed with and eventually build up numbers again. Winter grain cereals have not been planted except for a tiny percentage that is able to be irrigated, so wheat, barley, canola, oats and legumes like chick peas, Fabre beans and soybeans will not be grown or sold and those farmers relying on that will not have an income going into next year. Summer crop could still be sown once we get warmer weather but since there is now no subsoil moisture farmers are reliant on at least some rain to chance a sowing, and then they’ll need follow up rain right into the summer for cotton, sorghum, corn and sunflower.

The Local businesses are doing it pretty tough, and the problem there is that they then need to start retrenching people. You can imagine how depressing it is for the mechanics at the local machinery dealerships just sitting waiting for a phone call, but with no rain, hardly any machinery is being used, farmers making do because they can’t afford to pay someone to come out to repair a machine that they may not use now for many months; everything just sits there and is silent.

My feeling is that the majority of people on the land around here are worried, but largely are not yet to that stage of despair. There have been times like this before and God has graciously led us all through those times, and will do so again. Some positives about dry weather is that God gives the land a rest from its normal constant production and it responds better when the rains do come, and also people in community pull together more and support one another more so than when everything is just going along well.

What can you pray?

Pray for Gunnedah and all the other drought affected areas in New South Wales: